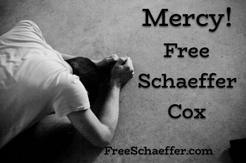 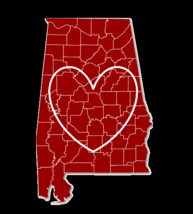 What is an endocannabinoid system?  The endocannabinoid system is in YOUR body, it uses chemical compounds called cannabinoids as its “messengers” to help different bodily systems communicate and function correctly. There are two types of cannabinoids: Endocannabinoids, which are produced naturally by your body and include 2-AG and anandamide; and Cannabinoids that originate outside the body and are found in cannabis.  For more detailed information on your ECS, check out the ECS page.

What is cancer? Cancer is a group of diseases involving abnormal cell growth with the potential to invade or spread to other parts of the body. These contrast with benign tumors, which do not spread. Possible signs and symptoms include a lump, abnormal bleeding, prolonged cough, unexplained weight loss and a change in bowel movements.

What does cancer do to the body?  Cancer is the uncontrolled growth of abnormal cells in the body. Cancer develops when the body's normal control mechanism stops working.  Old cells do not die and instead grow out of control, forming new, abnormal cells.  These extra cells may form a mass of tissue, called a tumor.

What is chemotherapy?  Chemotherapy is a type of cancer treatment that uses one or more anti-cancer drugs as part of a standardized chemotherapy regimen. Chemotherapy may be given with a curative intent, or it may aim to prolong life or to reduce symptoms.

What does chemotherapy do to the body?

ACS: Chemotherapy for Cancer: How It Works, Chemo Side Effects & FAQs

Healthline: The effects of chemotherapy on your body

What is radiation?  Radiation therapy (also called radiotherapy) is a cancertreatment that uses high doses of radiation to kill cancer cells and shrink tumors.

What does radiation do to the body?

WebMD: Side effects of radiation therapy

What is pain?  Pain is a subjective experience with two complementary aspects: one is a localized sensation in a particular body part; the other is an unpleasant quality of varying severity commonly associated with behaviors directed at relieving or terminating the experience.  Acute pain can last a moment; rarely does it become chronic pain. Chronic pain persists for long periods.  It is resistant to most medical treatments and cause severe problems.

​Pain Classifications:
Chronic Pain:  When nerve fibers get damaged, it can cause chronic pain keeps hurting weeks, months, or even years after the injury.  Doctors often define chronic pain as any pain that lasts for 3 to 6 months or more.  Learn about how chronic pain occurs, and why chronic pain sometimes lingers.

Nerve Pain:  Neuropathic pain is often described as a shooting or burning pain. It can go away on its own but is often chronic. Sometimes it is unrelenting and severe, and sometimes it comes and goes. It often is the result of nerve damage or a malfunctioning nervous system. The impact of nerve damage is a change in nerve function both at the site of the injury and areas around it.

Psychogenic Pain:  Depression, anxiety, and other emotional problems can cause pain -- or make existing pain worse.

Musculoskeletal Pain:  Musculoskeletal pain is pain that affects the muscles, ligaments and tendons, and bones. Learn about the causes, symptoms, and treatments.

Chronic Muscle Pain:  Use your muscles incorrectly, too much, too little -- and you’ve got muscle pain. Learn the subtle differences of muscle injuries and pain.

Abdominal Pain:  Just about everybody at one time or another will get a bellyache. Most causes of abdominal pain aren't worrisome, and your doctor can easily diagnose and treat the problem. Sometimes, though, it can be a sign of a serious illness. Learn which symptoms to watch out for and when you should get medical help.  Learn common causes of abdominal pain and when to contact your doctor.

Joint Pain:  Joints form the connections between bones. They provide support and help you move. Any damage to the joints from disease or injury can interfere with your movement and cause a lot of pain.

Complex Regional Pain Syndrome:  It’s a baffling, intensely painful disorder that can develop from a seemingly minor injury, yet is believed to result from high levels of nerve impulses being sent to the affected disorder. Learn more about this disorder.

Diabetes-Related Nerve Pain (Neuropathy):  If you have diabetes, nerve damage can be a serious complication. This nerve complication can cause severe burning pain especially at night. Learn more about diabetic neuropathy.

Shingles Pain (Postherpetic Neuralgia):  Shingles is a painful condition that arises from varicella-zoster, the same virus that causes chickenpox. Learn more about the symptoms and risk factors.

Trigeminal Neuralgia:  It’s considered one of the most painful conditions in medicine. The face pain it causes can be treated. Learn more about what causes trigeminal neuralgia.

What does pain do to the body?  Pain causes stress, and stress has both physical and emotional effects on our bodies. It can raise our blood pressure, increase our breathing rate and heart rate, and cause muscle tension. These things are hard on the body. They can lead to fatigue, sleeping problems, and changes in appetite.

What are pain medications?  Pain medications are drugs used to relieve discomfort associated with disease, injury, or surgery. Because the pain process is complex, there are many types of pain drugs that provide relief by acting through a variety of physiological mechanisms. Thus, effective medication for nerve pain will likely have a different mechanism of action than arthritis pain medication.

Types of medications, over-the-counter and prescription:

What does inflammation do to the body?

What is anxiety?  Depression?

What does anxiety do to the body?  Depression?