Lance Gloor is a very strong-willed person with the God given motivational gift of Compassion.

Being strong-willed, Lance is a very determined person who doesn’t give up easily. He is not lazy about what he wants. Lance has the ability to make a “dream” come true. Therefore, he sticks to a “dream” until it becomes a reality.

Having the God given motivational gift of compassion, Lance is compassionate, sensitive and aware of the needs and feels the hurts of others. Lance is a kind hearted, gentle and caring man, willing to sacrifice his own needs to help someone else.

Because Lance realized there is an immeasurable need for people to have a safe and legal access to the benefits of Medical Marijuana/Cannabis he desired to make this happen.  With the legal advice of the highly respected law firm, Harris Moure, his “dream” of helping others and operating Washington State LEGAL became a reality.

Lance could now be there for others in need. He would be able to come alongside others and help them to bear their burdens with events, including but not limited to, food drives, clothing drives, toy drives, school supply drives, holiday meal giveaways, paying for grocery shopping, utility bills, funeral costs, and medication.  All of this required “team” work. 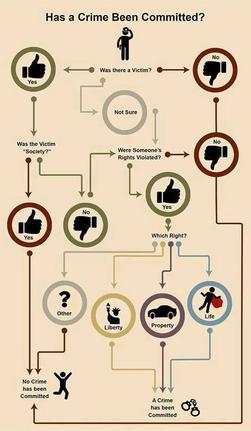 The war on drugs is a war on the people, no one belongs in prison for a plant.  CannabisData.org asks that Lance Gloor be immediately released from prison.

The war on drugs mirrors the war on alcohol: it did not STOP use, it caused harder use, use-related deaths increased, and violent crime increased. That's EXACTLY what is happening today .

Unless cannabis is as "legal" as the buttercups popping up on the sides of the roads, in pastures and fields, in folks' yards - it ain't "legal." Why? Because in the states where it is deemed "legal" (medically or recreationally) there are still regulations in place, which means some people are not getting the cannabinoids or quantities they want/need. Not even getting into the whole theft aspect of it (aka taxation), let's talk free markets -vs- the state: The state over-regulates, taxes, and offers excuses, while free markets offer choices, competition, and solutions. A free market demands competition. Competition ensures less waste, better quality, competitive pricing, and simultaneously creates business opportunities and jobs.

How? Because they want your business and the government can't bail them out or prop them up - want to stay in the game? Compete. It encourages good business for employees and customers, alike. It embraces individual rights, free association, and voluntary relationships - the only ethical sort.

Those who want to ingest cannabis should be growing it in their back yard with their tomatoes and collards, or trading for it from the grower of their choice. If just one person out there cannot get the cannabis they need (cannabinoid needed, quantity needed) all the "legalization" business is for naught. 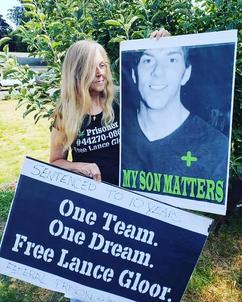 Lance Gloor is serving TEN years in prison for a plant.

Then the turmoil in the form of raids began to take place. Washington State, Thurston County and the City of Lacey dropped all charges. The DOJ picked up the case. Because of Lance’s strong-will to make a decision and stick to it, his integrity, loyalty and his compassion to help and not harm others, he chose not to take any of the numerous deals offered to him by the Prosecutor, Vince Lombardi.

Because Lance is strong-willed and compassionate, he feels the need to stand up for what and who he believes in during these very difficult times.  “ONE TEAM ONE DREAM”.

This brings Lance to the present.  My son, Lance Gloor was sentenced on June 3, 2016 by the Honorable Judge Leighton to 10 years in Federal Prison plus 5 years probation for helping others via Washington State Legal Medical Marijuana Dispensary. His charges are conspiracy to distribute & also manufacture marijuana. As you know, conspiracy carries a 5 year mandatory minimum sentence. The highly respected and recommended Jeffrey Kradel from Kradel Defense is Lance’s legal counsel currently.

I believe Judge Leighton wasn’t given a fair opportunity to know the real Lance Gloor. Instead he had to listen to the prosecution team & longtime family friends turn against Lance as Federal witnesses that spoke words only to protect and save themselves and their futures as free men.

The entire court room was in complete shock when Judge Leighton sentenced Lance plus denied his Stay. NON VIOLENT. NO CRIME. NO VICTIM. Well actually there are now VICTIMS = Lance, his family and friends. Lance’s daughter, Ashley, was denied having her dad at her high school graduation June 18. Ashley left for college July 10 without being able to share a see you later hug with her dad. My parents are aging family members whom Lance was their part time care givers. As Lance’s mother I am heartbroken beyond words. Our family is incomplete without Lance. In our opinion, there was no justice served with this sentence and the denial of his stay!

PLEASE HELP GET MY SON, LANCE GLOOR RELEASED.  He is currently sitting behind bars at the Federal Correction Institute Sheridan due to a denied appeal on his Stay by Judge Leighton on September 8.  Lance was also denied his right to receive an evidentiary hearing by the 9th Circuit Court of Appeals.

Both of the co defendants were sentenced to 4 years probation only due to the fact they cooperated with the prosecution team.

Lance does not deserve to be behind bars for operating Washington State Legal under the legal counsel of the highly respected Harris Moure Law Firm in Seattle.

Have you ever been so sad that it physically hurts inside? It hurts so bad you struggle to breathe?

Thank you for your time and help with this very sensitive and highly important history making case involving Washington State Legal Medical Marijuana.

WeedNews.com: Why is Lance Gloor in prison?