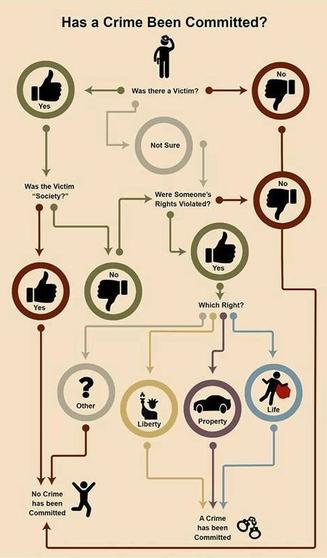 ​Read stories from people all over the world that the "war on drugs" has turned into criminals, simply for wanting to ingest a plant.  These are people who are sick and trying to get cannabis, those who have it and still have issue getting the cannabinoids and quantities they need, still face raids and jail time at the whim of politicians and "law enforcement."  Others who have already been raided and are facing time in prison, or are already in prison.  Over a plant. 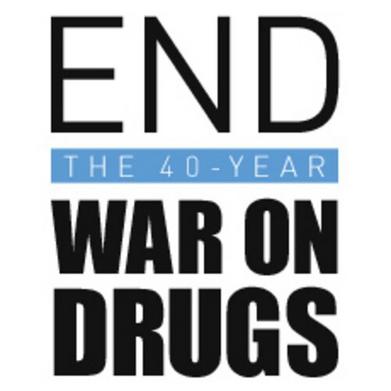 increased 9 percent. Many supporters of prohibition argued that the crime rate decreased. This is true if one is examining only minor crimes, such as swearing, mischief, and vagrancy, which did in fact decrease due to prohibition. The major crimes, however, such as homicides, and burglaries, increased 24 percent between 1920 and 1921. In addition, the number of federal convicts over the course of the prohibition period increased 561 percent. The crime rate increased because “prohibition destroyed legal jobs, created black-market violence, diverted resources from enforcement of other laws, and increased prices people had to pay for prohibited goods” (Thorton, 10).

The contributing factor to the sudden increase of felonies was the organization of crime, especially in large cities. Because liquor was no longer legally available, the public turned to gangsters who readily took on the bootlegging industry and supplied them with liquor. On account of the industry being so profitable, more gangsters became involved in the money-making business. Crime became so organized because “criminal groups organize around the steady source of income provided by laws against victimless crimes such as consuming alcohol” (Thorton, 13). As a result of the money involved in the bootlegging industry, there was much rival between gangs. The profit motive caused over four hundred gang related murders a year in Chicago alone (Bowen, 175).

Incidentally, large cities were the main location for organized gangs. Although there were over a half dozen powerful gangs in New York, Chicago was the capital of racketeers, including Johnny Torrio, “Bugs Moran”, the Gennas, and the O’Banions (Behr, 192). The most powerful and infamous bootlegger however, was Al Capone, operating out of Chicago. One of the most gruesome and remembered gangster shoot-outs of all time occurred on Valentine’s Day, 1929. Because of business differences, Capone had his henchman, “Machine Gun” Jack McGurn plot the murder of the O’Banions, led by Bugs Moran. McGurn staged a delivery of alcohol to Moran at a warehouse and had his gang members impersonate police officers and pretend to raid the transaction. With a sweep of machine gun fire, McGurn killed all that were inside. Capone had a solid alibi, being in Miami at the time, and no convictions were ever made. This event is an example of how prohibition fueled gang warfare and increased the crime rate in America (Bowen, 175).

“Seldom has law been more flagrantly violated. Not only did Americans continue to manufacture, barter, and possess alcohol; they drank more of it” (Bowen, 154). The Americans that supported the law of prohibition argued that if drinking was not allowed, then Americans would drink less. Although the consumption of alcohol fell immediately after the beginning of prohibition, there was a subsequent increase after less than a year (see appendix i). After the start of prohibition, because manufacturing and importing alcohol were illegal, people needed to find ways to avoid being caught. Because beer had to be transported in large quantities, which became difficult, the price of beer went up and thus Americans began to drink less of it. Instead, they began to drink more hard liquor, which was more concentrated and easier to transport and thus less expensive. Because of prohibition, Americans began to drink more potent drinks and so became more drunk by drinking less. Another downfall of prohibition was that the illegally made products had no standards. Deaths from poisoned liquor rose from 1,064 in 1920 to 4,154 in 1925.

Although one would think that prohibition would enhance the difficulty of obtaining alcohol, liquor was actually very easy to acquire. The bootlegging business was so immense that customers could easily obtain alcohol by simply walking down almost any street. Replacing saloons, which were all shut down at the start of prohibition, were illegal speak-easies. These businesses, hidden in basements, office buildings, and anywhere that could be found, admitted only those with membership cards, and had the most modern alarm systems to avoid being shut down. “There were twice as many speak-easies in Rochester, New York, as saloons closed by Prohibition” (Thorton, 6). Bootleggers, having very profitable businesses (one bootlegger was worth more than five million dollars), either illegally imported liquor, stole it from government warehouses, or made their own, making it readily available to customers (Bowen 170). Many home products were sold to those customers who wanted small quantities of alcohol. Vine-Glo, a type of grape juice, turned into wine (15 percent alcohol) after sixty days of fermentation. Wort, or near beer, was legally produced because it had less than 0.5 percent alcohol. When added to yeast, this product quickly turned into beer. Alcohol used for medicinal purposes, prescribed by a doctor, was also technically legal. There were restrictions, such as only one pint was allowed per person in a ten day period, but these rules were blatantly ignored (Bowen, 164). The sales of medicinal alcohol, which was 95 percent pure alcohol, increased 400 percent between 1923 and 1931. Another factor that proves the increase of alcohol consumption is the increase in deaths and drunkenness. The drop in alcohol related deaths before prohibition quickly rose during prohibition. Arrests for drunkenness and disorderly conduct increased 41 percent, while arrests for drunk driving increased 81 percent during prohibition (Thorton, 7).

“The results of the experiment [prohibition] are clear: ...organized crime grew into an empire; ...disrespect for the law grew; and the per capita consumption of the prohibited substance -- alcohol -- increased dramatically” (McWilliams). It is obvious that this “noble experiment” was not so noble but rather a miserable failure on all accounts. Reasonable measures were not taken to enforce the laws and so they were practically ignored. People flagrantly violated the law, drinking more of the substance that was originally prohibited. The problems prohibition intended to solve, such as crime, grew worse and they never returned to their pre-prohibition levels. Not only was prohibition ineffective, it was also damaging to the people and society it was meant to help. Prohibition should not have gone on for the thirteen years it was allowed to damage society."  - Catherine H. Poholek

The war on drugs is a war on the people.    NO ONE belongs in prison for a plant.  You are born with your individual rights.  No one has a higher claim to your life, liberty, and property than you do.  In turn you do not have a higher claim to the life, liberty, and property of others.  The only way to protect your own very precious individual rights is to respect and protect those of all others - even and especially those you may disagree with.   The only ethical sort of relationships are voluntary and the markets should be free.

Folks are completely unrealistic with their perception of the law, law enforecemnt, and crime fighting.  It's almost Pavlovian the way people constantly carry on about how, "there had ought to be a law," restricting or regulating every little thing they don't like.  For some reason these folks think that a law prevents crime, when in reality laws just create criminals.  The "war" on drugs very much mirrors the "war" on alcohol from the early 1900s.:
Does not stop behavior
Increases said behavior
Increases harder behavior
Increases behavior-related deaths
Increases violent crime (78% during alcohol prohibition).

The Prohibitionists hoped that the Volstead Act would decrease drunkenness in America and thereby decrease the crime rate, especially in large cities. Although towards the beginning of Prohibition this purpose seemed to be fulfilled, the crime rate soon skyrocketed to nearly twice that of the pre-prohibition period. In large cities the homicide went from 5.6 (per 100,000 population) in the pre-prohibition period, to nearly 10 (per 100,000 population) during prohibition, nearly a 78 percent increase. Serious crimes, such as homicides, assault, and battery, increased nearly 13 percent, while other crimes involving victims